Nazareth's History At a Glance

Nazareth Academy High School began as an idea of Mother Mary Frances Siedliska, Foundress of the Sisters of the Holy Family of Nazareth.  She wanted to establish a convent in Philadelphia after establishing the first province in Chicago. While on a train ride to visit Mother Katherine Drexel in 1893, she viewed the land near the Torresdale train station.  Her vision was fulfilled on December 6, 1920 when the twenty-three acre Middleton Estate was procured by the Congregation. Four years later, the Sisters purchased the adjoining property.  A groundbreaking ceremony was conducted on April 24, 1927 on a building that would serve as a provincial home, a novitiate and a high school.  His Eminence Dennis Cardinal Dougherty dedicated the building on October 7, 1928.

Nazareth Academy High School welcomed 10 students in the Fall of 1928.  From the beginning the academic program of the high school was college preparatory.  In 1930, the school accepted day students and boarders. Nazareth Academy's future was assured when the Pennsylvania Department of Public Instruction granted approval to Nazareth Academy as a Four Year high school on May 2, 1931. Graduation Exercises for the first ten students took place on June 19, 1932.

The Chapel underwent renovations in 1939 along with the auditorium, located in what today is known as the Performing Arts Center. Seniors and Juniors selected the first school ring in 1939 and to add to the school spirit that engulfed the school, Sister M. Callista composed the School Song "I Love My School A Million" which is still sung today at every school assembly

The 1940s were filled with Nazareth Academy High School firsts. The first yearbook, The Dale was published in 1940. The name was changed to The Marygold in 1946. In 1941 organized sports made their debut.  The Mother's Guild, precursor to today's Parents Association, was established in 1946.  Enrollment continued to grow and by 1948, 350 students were in the Academy.

In the 1950s the school's curriculum grew to keep pace with the growing enrollment. In 1952, Nazareth Academy underwent its first Middle States accreditation and has been reaccredited continuously since then.  Extracurricular activates were added to address the interests and needs of the students. Intramural and varsity athletics expanded. The new gym/cafeteria building, erected in 1954, gave the basketball team a beautiful home court.

The 1960’s saw the addition of several new athletics teams, such as softball and volleyball. The Guidance Center opened a Counseling Center for College and Career Information in 1967 to better aid the students in their college application or career choices.

The 1970’s saw an increase in the number of lay faculty, the introduction of computerized report cards, and the election of the school mascot, The Panda.

The 1980s witnessed the advent of technology at Nazareth Academy High School.  Communications technology produced WNAZ, a closed circuit television program produced by Nazareth students.  Community Service Corps (CSC) became a key goal for our students during this decade initiating its annual toy and food drives, in an effort to reach out through service to the school and local communities.  On April 23, 1989, Mother Mary Frances, whose vision inspired Nazareth Academy High School, was honored by Pope John Paul II with beatification.  Blessed Mary of Jesus the Good Shepherd continues to inspire and bless the Nazareth Academy school community.

A Technology and Communications Upgrade which began in the late 1990s, was completed in the early 2000s.  Every classroom and office became Internet accessible and each classroom was outfitted with a Smartboard and computer network.  The Office for Institutional Advancement was established for fundraising, public relations, alumnae relations and Admissions.

In the present decade, since the last MSA Evaluation, Nazareth Academy has acquired an additional 59,324 square footage of space within the Provincial building.  This has enabled the school to begin converting areas for academic and student activity usage, such as Music and Guidance Centers, new Student Dining room including a renovated kitchen.  In 2015, student food services were contracted out to Brock, Inc.  In 2020, Aramark took over the student food services.

There has been an increase in the Honors programs and AP courses offered as part of the curriculum made possible by the building expansion.  In 2014, Nazareth Academy began accepting International students.

In 2017 – 2018, the most significant change in the governing of the school has been the changeover to the President/Principal Model.  We saw the installation of Mrs. Denise LePera as Nazareth Academy’s first President.

The school climate continues to be one of a college preparatory curriculum, as well as forming a family atmosphere in which each person is valued and encouraged to grow.  The intellectual, cultural, moral and spiritual foundations of a Nazareth Academy High School education have inspired and empowered our graduates, during the past 90 years, to locally and globally serve humankind as personified by our Mission. 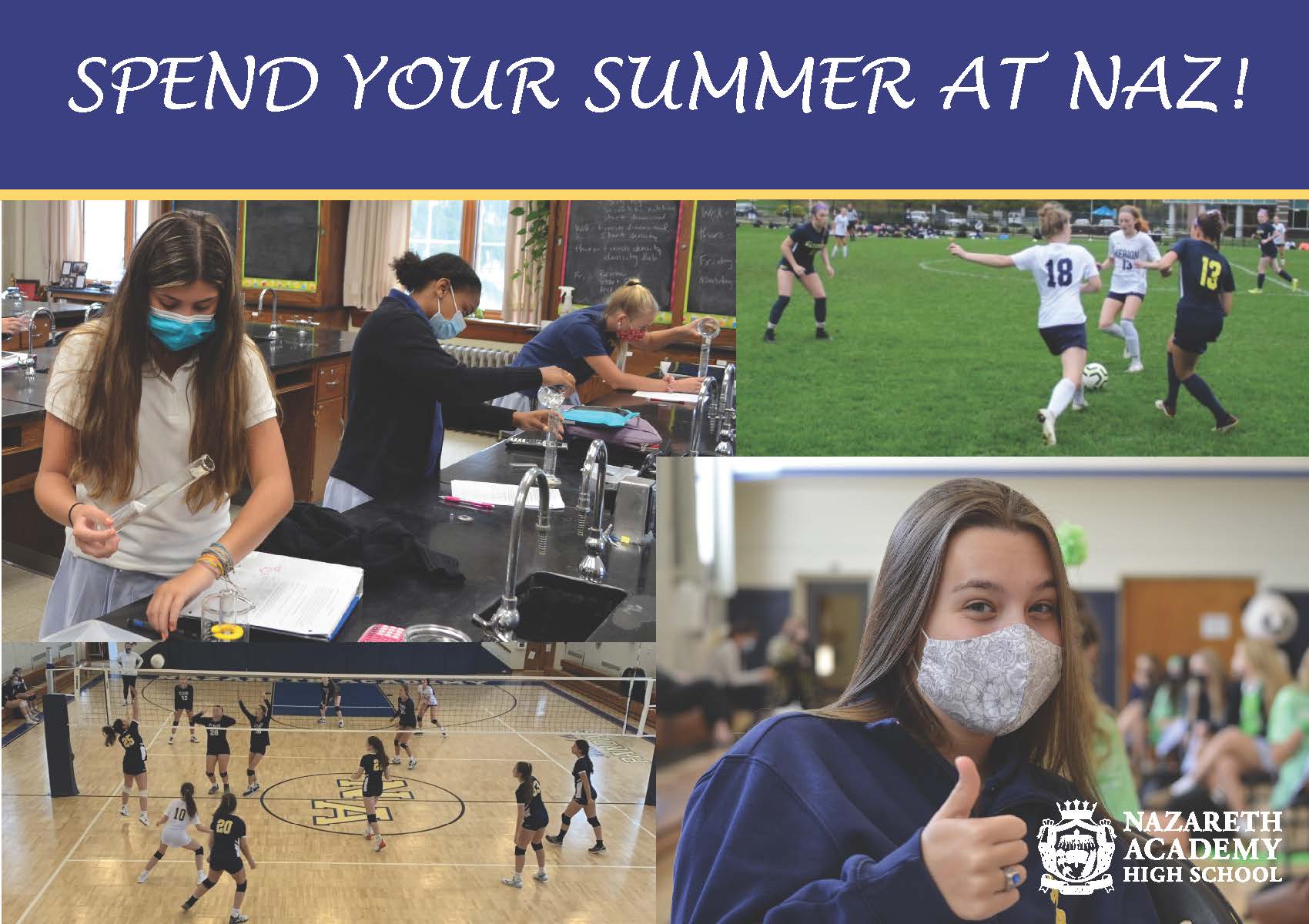 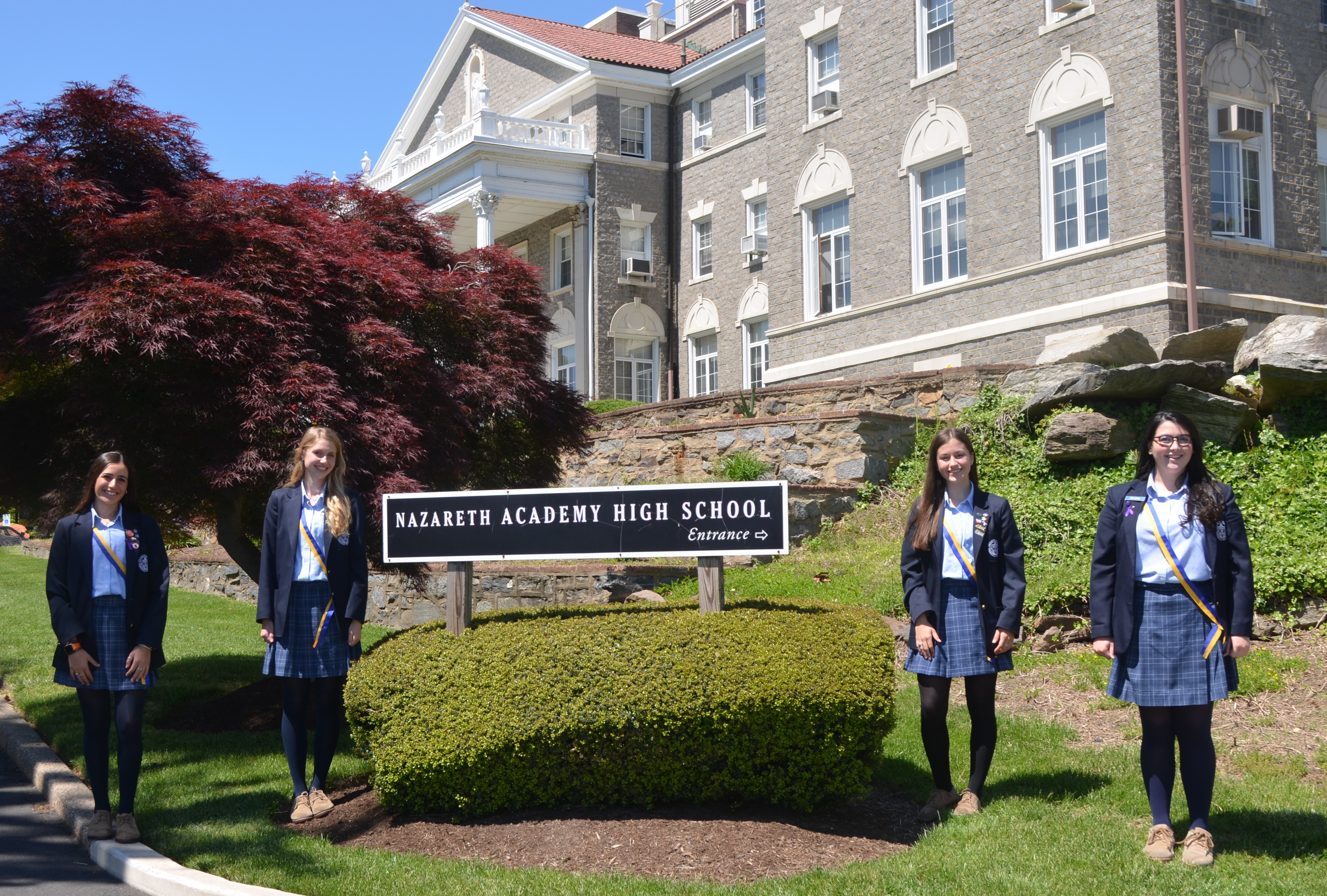